– in Greek language Echidna.  Contemporary artists often like to depict women with serpent body waist down, probably due to the exciting mixture of admiration and disgust that they potentially arouse in the viewers. Indeed, well-painted snake-women might give you chills – take a look at the title picture: “Green Chamber” by Kornelia K.

There are two individuals named Echidna in Encyclopaedia of Mythology of Indo-European People.

The first one comes from Greek mythology.

As a mate of Typhon Echidna gave birth to many ugly babies, thus she was also known as the Mother of Monsters.

By the way – Echidna marks another step on the Path of Hydra – enter and vote for next entries.

The second Echidna can be found in a mixed Greco-Scythian myth.

This is a story about the very beginnings of the Scythian nation. Echidna seduced Heracles and gave birth to three sons. One of them – named Scythes – became the first king of the Scythians.

There are also many other beings whose body looks partly human and partly snake in the mythologies around the world – and could be named “Echidna” as well (provided they were females). Let us mention Nagas, Typhon, Zahhak, Medusa (and other Gorgons), Lamia, Delphyne… Hopefully you will soon be able to read more about all of them on our website. Stay in touch!

And for the finish a little piece from the great Polish musician – Janusz Grzywacz – entitled “Cobra”. Unfortunately only in Polish. 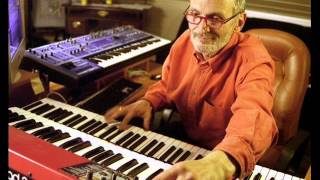