Original Basilisk was not a Slav.

You can feel a bit surprised, especially if you are Polish and more into folklore and traditional tales than into mythology. After all, every child in Poland knows the legend about the Warsaw Basilisk, which dwelt in a cellar of some abandoned town house. And which was killed by a brave apprentice who descended the basement with a large mirror in his hands…

But let’s start from Encyclopaedia and read about the original mythical creature. Click “continue reading” below to see the full entry as well as the whole title picture by Andrew Ferez.

And what about the overgrown chicken-thingy known from the Warsaw myth?

It is a Cockatrice – creature from Elizabethan Era. It was somehow derived from the ancient myths on Basilisk, thus shares all its main features. Cockatrice has a slightly different look due to the cock mixing into the beast. And in this form it spread to other cultures, sometimes merging with Basilisk or even replacing it.

And the last image in this short article presents more funky touch on Basilisk/Cockatrice. Although the title says otherwise, I would call it a Parrot-a-trice…

And for the finish – more stuff from Tomek Bagiński, as I promised before. This time “Operation Basilisk” from the project Legendy Polskie Allegro. 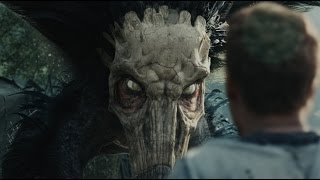 That’s all for today folks!